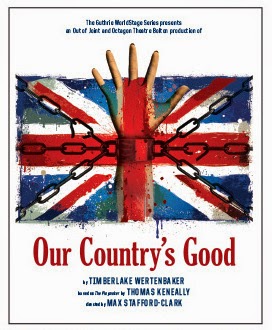 So How LONG Is the Show?

Having been (rightfully) accused of having a short attention span, the recent New York Times article Get. Arts. Fast really spoke to me.  Love this:


"The city that gave the world the New York minute has a need for speed that only cultural sprints can satisfy, short-burst offerings that slip smoothly into even the tightest leisure-hour schedule.  On a prosaic level, short art frees up precious time."


I get a frisson of excitement every time a show is advertised as 90 minutes with no intermission.  I know I'm going to get in, get my theater on, and get out in time to live my life.

So, as a public service, my intention was to list the running times of a few of the shows around town--to assist in theatergoing planning for those of us who may have busy lives, expensive babysitters and/or short attention spans.

I often plan crazily packed NYC theater trips this way.  You know, can we make it from Natasha, Pierre and the Great Comet to Don't Quit Your Night Job at 54 Below?  If we go to the matinee of Die Fledermaus at the Met, will we have any time to eat (or breathe) before Pippin?

AND YET ... this information was really surprisingly hard to find!  Apart from the Guthrie Theater, hardly any theater companies list this info on their website.  I scoured the web for this info, trying the theater websites, reviews and even ticketing companies and had very little luck. Here are a few I tried to find:

Mercy Killers at Pillsbury House Theatre - about 70 minutes (but I only know because I saw it)
Passing Strange at Mixed Blood Theatre - ??
Threepenny Opera - Frank Theatre at The Southern - about 3 hours (again, I saw this one)
Rapture, Blister, Burn at 20% Theatre Company - ??
Rosenkrantz and Guildenstern are Dead at the Guthrie - Run time: 2 hours 45 minutes including intermission (from their website)

This is all to say--hey!  Theater companies!  You're awesome and I want to come and enjoy your theater.  But I may be parking at a meter, or getting up early for work, or trying to squeeze two shows in an evening, so help me out!  List your running times!  Thank you!  TheaterLove OUT.
Posted by Carly