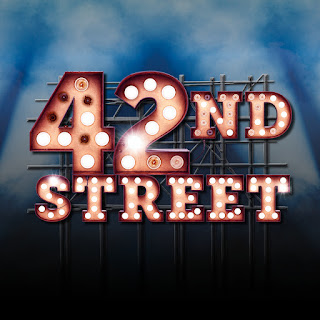 So You Wanna Fringe: Our Best Bets at Minnesota Fringe 2019

But DON'T PANIC. Even though there are 142 shows in the 2019 Minnesota Fringe & Family Fringe Festivals, we have your Fringey back (ew--you should really do something about that).

Plan Accordingly: Note that you can only see 62 different shows (in 76 time slots out of 735 performances of 142 possible productions (thanks for the stats, Fringe!), so no need to get overwhelmed. You'll need to make some serious choices. We can help.

Trust the Experts: Follow our friend Cherry and Spoon, an utter Fringe fanatic, and check out the rest of the Twin Cities Theater Bloggers on Facebook for even more Fringetastic reviews and news.

Ease In: By starting off with the Family Fringe, which runs July 26-28 and August 2-4 at the very accessible Barbara Barker Center for Dance on the West Bank. Read more about Family Fringe here!

Need To Know Basis: Here's your link to the Full Festival Line-Up,  the Daily Schedule, Accessibility, and the Box Office and Ticket Info.

Enough Backstory! And now, without further ado, here is our highly personal list of the 25 shows we cannot wait to see at 2019 Minnesota Fringe Festival, divided by genre for your Fringing convenience. Plus, a few more shows that intrigue us. (Text in italics is from the Fringe website.) Let's DO THIS!

Last weekend, we headed down to beautiful river town Winona with some theater blogger friends to pay a visit to Great River Shakespeare Festival on the campus of Winona State University.

Although this is only our second year visiting, it's on our can't-miss theater list. (Check out what our friends Cherry and Spoon and Twin Cities Stages had to say about our trip!)

Great River Shakespeare Festival is truly a thoughtfully programmed theater festival, and each season has a theme with plays and education events that center around that theme. This year's theme, according to the GRSF literature:

"'Don't judge a book by its cover' - it's a tale that, turns out, really is as old as time and one that appears in many of the themes of our sixteenth season. The juxtaposition between what's without and what's within is explored in terms of outward title versus inward nobility, physical appearance versus internal identity, what the world perceives versus what happens behind closed doors and myriad other situations." 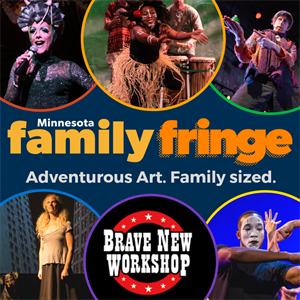 Whether you're a hard-core Minnesota Fringe Festival fan or new to the Fringe, do not miss Family Fringe!

What Is Family Fringe?

Why You Need To Go:

Periodically, the utter abundance of fabulous theater in the Twin Cities gets a little overwhelming. In order to help you, our dear readers, sort through the opportunities, here's our list of what we're looking forward to this summer.

Why we're excited: We saw this at the Minnesota Fringe in 2017 (twice) and here's what we had to say and we'll say it again and LOUDER.

Go see this. Keith Hovis is a young genius, and this show is just as dark and delightful as his Teenage Misery. The music is fun and the lyrics are hilarious. And the CAST. Kelly Houlehan plays and sings crazy like no one else, and Ryan London Levin, as her reluctant partner in crime and pageantry is delightful to watch. Leslie Vincent is frighteningly perfect as the small town beauty queen hanging on to her crown with all her might. Zach Garcia is perfect as the ex-jock who might just be the most level-headed of the group. Amazingly, in the span of an hour, Hovis fits a clear story, fully-realized characters, and oh, so many jokes! You'll laugh, you'll cry, and you'll laugh again.

NOTE: This was sitting in our blog drafts for an age and we're just coming back to it. We were going to add a bunch more shows, but although there is a lot of great theater coming up, we were not remotely as excited about them as we were about this one! So go!! Darn it!