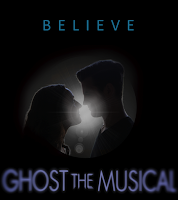 In regards to your recent production of Don Giovanni, presented in partnership with Angels & Demons Entertainment and performed at the The Woman's Club of Minneapolis:

I could not be more pleased that one of my all-time favorite companies is back and better than ever.

I've loved Skylark Opera since they were NorthStar Opera, and their summer productions have always been a highlight of my theater summer. As a lover of opera and musical theater, operetta hits my sweet spot beautifully, and Skylark Opera has created some gorgeous productions over the years.

Sadly, most of their productions pre-date this blog, but they live on warmly in my heart: 2014's gorgeous Candide, 2013's The Mikado (in partnership with Mu Performing Arts), 2011's fantastically cast On the Town, and 2009's The Desert Song, which was stunning. I could SO go on, thanks to Skylark Opera's Past Production list. Ooh, Wonderful Town with the Baldwin sisters, and a beautiful She Loves Me. Okay, I'm done.

Things have been a bit challenging for Skylark Opera in past years, and the Star Tribune wrote a great summary of their travails and their resurgence. Understandably, they are moving away from operetta and towards more opera productions, but if Don Giovanni is any indication, they are heading in a marvelous direction.
Mozart's 1787 opera Don Giovanni is based on the legendary character of Don Juan and "brings humor and tragedy" [to] "the essentially grim story of a serial seducer who escapes all retribution except death" (thanks, DK Opera Eyewitness Companion!).

The original libretto was by Lorenzo Da Ponte and my favorite sassy opera book comments that "the great thing about Mozart and Da Ponte's take on the story is that the opera's music and text are somewhat more complicated: the don can be seen as a truly oversexed, amoral hell-raiser, a randy young guy who is merely having a good time, or a boastful creep; he does not consummate any sexual act during the opera--it's all hearsay, flirting, and bluster. Maybe." (Weep, Shudder, Die by Robert Levine).

However, Gabriel Preisser (of Angels & Demons) and Robert Neu (of A&D and Skylark Opera) have written a completely new translation, which fits in beautifully with the 1930s time period and the gorgeous setting of Woman's Club of Minneapolis.

The opera starts in the lounge of the Woman's Club, with staff passing hors d'oeuvre, and a conveniently located bar. Don Giovanni himself (Preisser) is already wandering about, looking appropriately louche.

Want to know the whole story of Don Giovanni? I recommend checking out the Met Opera's synopsis. (And NOT on your phone during the show while you're in the front row, bald man with glasses with woman with dark topknot and white sweater. People, man.)

Act One: Donny G--playah extreme--'seduces' Donna Anna. Her dad, the Commendatore, challenges Don to a duel, which Don wins. Anna demands her fiance avenge her dad's murder, then Don's ex Elvira shows up, pregnant. Meanwhile, Don's bestie Leporello fills us in on all the haps. Then a wedding! Don is all over Zerlina (the bride) and gets rid of Masetto (the groom) temporarily. Elvira shows up and is all, 'Girl, don't even,' with Zerlina. Anna figures out that Don killed her dad, there's a party and masks and a gun.

Act Two: Don and Leporello disguise themselves as one another and seduction, singing and confusion ensues. Then we're at a cemetery and the Commendatore's statue haunts Don. More singing, more confusion, and then the statue appears. Bad news for Donny G as he refuses to repent and is consigned to hell. And we're out.

The performers are all amazing, and the voices are universally exquisite. Although it can be occasionally challenging to make out the words, to hear these beautiful voices in such an intimate setting is truly a gift. There is NOTHING like intimate opera.

Gabriel Preisser is a marvelously smooth and semi-sleazy Don Giovanni. Andrew Wilkowske, who I tend to adore in everything, is a delightfully humorous and touching Leporello. And he plays guitar in a lovely scene with Tess Altiveros, who is a perfectly gorgeous Donna Elvira. Altiveros handles the role of the wronged woman with wit, strength and considerable charm. Benjamin Sieverding as Masetto and the Commendatore has not only impressive hair, but is genuinely chilling in the last scene as the Commendatore. Quinn Shadko, Karin Wolverton and David Blalock also provide wonderful performances, as does the six member ensemble. And can I just say: Preisser's Wilkowske impression is ON POINT.

So this is all to say, even if the opera had been performed in a traditional setting, it would have been beautifully done. But it's being performed at The Woman's Club, which was built in 1928 and has history seeping from every cornice and corner. The opera ranges through several floors of the building, from the lounge to the ballroom to the dining room and into the theater. Your ticket price comes with the aforementioned hors d'oeuvre, as well as some intermission nibbles, and a lovely after-opera dessert. Plus, the opportunity to wander about in the beautiful Woman's Club building.

I would urge you to go see this, but I'm pretty sure the remaining performances are all sold out. Which bodes well for the future of Skylark Opera. Yay!!
Posted by Carly