Better Late Than Never - The Color Purple and Calvin Berger

Sometimes scheduling gets the best of us, and we don't make it to a show until it's almost too late! This week, we saw two that were definitely worth catching. 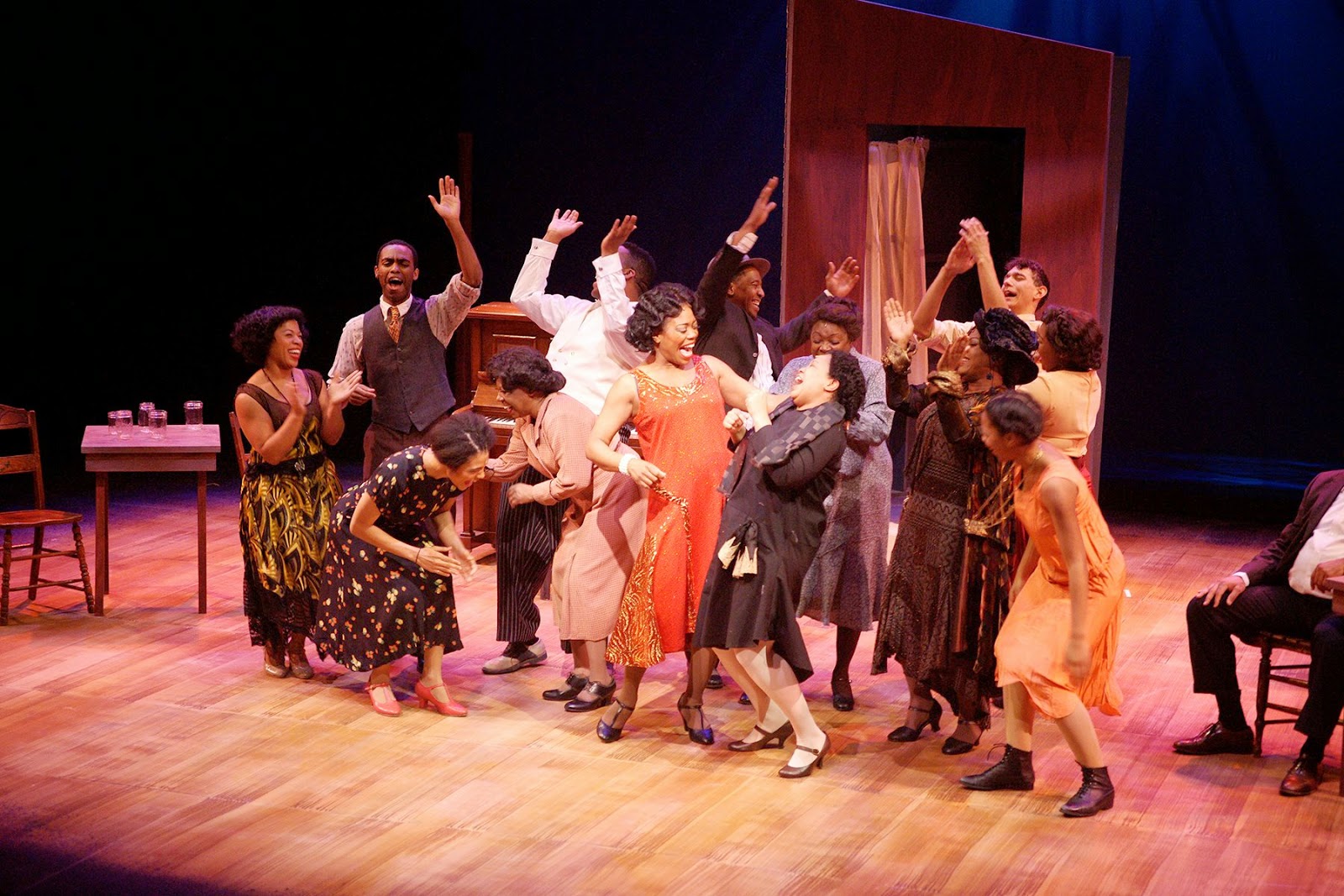 The Color Purple at Park Square Theatre is a wonderful showcase for some of the Twin Cities' most talented performers of color. Particularly notable are Aimee K. Bryant as Celie, T. Mychael Rambo as Mister, Regina Marie Williams as Shug, and Darius Dotch as Harpo. They are surrounded by a wonderful cast of singing actors, including Thomasina Petrus, Dennis Spears, Jamecia Bennett and Ginger Commodore. The stage is quite bare except for one hard-working set piece, but the gorgeous costumes (by Trevor D. Bowen) work overtime to set the time, place, situation, and even age of the characters. The whole charismatic cast does the rest, with support from a small orchestra hidden at the back of the stage. I didn't think the script or music rose above workmanlike, but I couldn't help getting emotional about the characters and their journeys. Seeing so many wonderful performers I've loved in previous shows made this show a joy to behold. Unfortunately, I just checked Park Square's website, and it says they're sold out for the run, which ends Sunday (February 15). Bummer for those who didn't see it, but good for Park Square for branching out with a big musical! 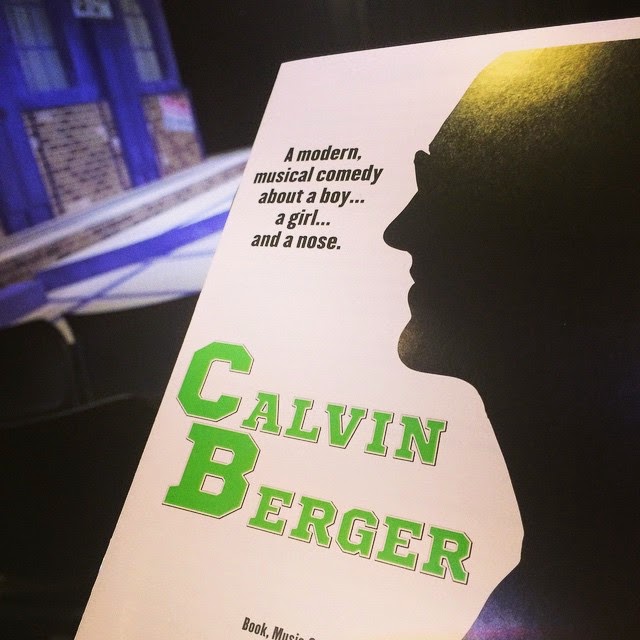 Tickets are still available for Calvin Berger, put on by Minneapolis Musical Theatre at the New Century Theatre in Minneapolis. You've probably never heard of this show, which is kind of the point of what MMT does. They present smaller-scale musicals that don't otherwise get performed on Twin Cities stages. Calvin Berger follow's last fall's Eating Raoul as a quirky, fun musical performed with verve and lots of humor by a small cast.

The story is familiar; It's inspired by Cyrano de Bergerac, but set in a contemporary high school. Here, Cyrano becomes Calvin Berger, a high school dork with a reputation for being smart, but a major complex about his (slightly) outsized nose. He adores "cool girl" Rosanna from afar, but doesn't think he stands a chance until he joins forces a new student, the hunky but rather dim Matt. Meanwhile, Calvin's best friend Bret is hoping he'll finally notice her.

The cast is only four people, but the show never feels underpopulated and the four performers all bring their A-games. Gregory Adam, who was wonderful in Eating Raoul, plays Calvin as a sensitive and endearingly awkward guy who has a way with words. As his bestie, Bret, Kecia Rehkamp gives us a snarky girl with her own body-image issues and a quirky sense of style. Logan Greene is perfectly cast as the hunk, and Emily Madigan's Rosanna is the picture of a girl known more for her looks than her brains. The play moves along briskly, with clever songs showing each character's insecurities and strengths, and clearly defining their roles and relationships. The actors are uniformly great at singing and acting the piece, while finding all of the humor in the slightly cheeky script.

The simple set sets the band behind a set of windows, which makes the music seem less distant than it can be from a totally hidden band. Of special note are the costumes, which perfectly place each character in his or her place in the school, and were created by Lori Maxwell, who does double duty as music director.

Overall, this is a truly enjoyable evening of theater and deserves to be seen by a larger audience, though our audience Friday night was very appreciative. There are two more chances to see the show: Saturday, February 14 at 7:30 (a great date-night show!) and Sunday, February 15 at 2:30 pm.
Posted by Jules