Ten Reasons to See Jesus Christ Superstar at the Ordway. Like, NOW. 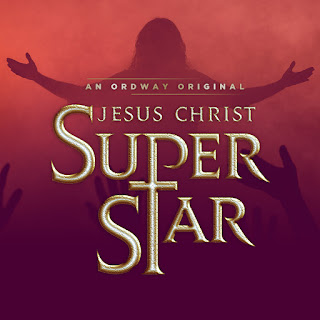 I believe in the restorative power of theater. If you need your spirit restored, I highly recommend seeing the Ordway's new production of Jesus Christ Superstar, which runs only through July 30.

Although I could gush for days about how amazing this show is, I will keep it short, so nothing will get in your way of seeing this show. Cause, GO. Also? Go.

But Minnesota Theater Love, you ask, why should I go? It's summer and I am spending time outdoors with family and friends and nature. Theater is BORING! And Jesus Christ Superstar? Isn't that a tired old show?

First of all, quit asking questions. I'm trying to write a coherent blog post about this show, and you aren't helping. Secondly, I'll TELL YOU WHY.

Ten Reasons Why You Should See Jesus Christ Superstar. Like NOW.

1) Randy Schmeling. I've seen Randy Schmeling in a million shows locally over the years. I first remember him from Theater Latte Da's Gypsy in 2006, but have loved him in everything. He's adorable, and funny, and really should have played Bobby in the Jungle Theater's Urinetown (but that's a story for another time). Oh, and dude can SING. Judas is one of my favorite musical theater roles of all time, and he sings the bejeezus out of it. The term face-melting comes to mind. He acts the hell out of the role (see what I did there?) and sings his heart out in a way I never expected.

2) Jesse Nager as Jesus Christ. I am a jaded theatergoer and given to viewing standing ovations with judicious side-eye. But at the end of Nager's performance of "Gethsemane" in the second act, I was ready to leap to my feet. In the middle of the show! This song made me wish that musical theater followed the tradition of opera in demanding immediate aria encores. In addition to his fantastic voice, Jesse Nager is charismatic, compelling, and plays Jesus with real humanity. He and Schmeling create marvelous chemistry and tension--which plays out delightfully in the curtain call.


3) The Whole Dang Cast. Way too much love, but in short: Dieter Bierbrauer in a skirt also singing his face off. Erin Schwab as Herod? Utter genius. James Ramlet and John Brink perfectly cast as Caiphas and Annas. Lauren Villegas, performing Mary Magdalene with a powerful, but exquisite voice, and bringing depth and heart to a role which can be passive and inert. More love for Julius Collins, Kersten Rodau--fantastic as always--and Rudolph Searles as Peter, who performs a gorgeous "Could We Start Again, Please?" with Mary M. And the entire ensemble--utterly amazing.

(Shoot, I'm running out of adjectives and I'm only on number three. Rats!)

4) The Orchestra. Musical director and conductor Andrew Bourgoin gets the most out of his fantastic 16-piece ensemble. I don't think I've heard the Ordway rocked that profoundly since the first tour of Rent came through. The music was tight, hot, and a whole bunch of other words that sound vaguely dirty.


5) Dancing. Remember earlier, when I said I wanted to leap to my feet for a mid-show ovation? I also almost leapt to my feet after "Hosanna" and "Superstar", two numbers which featured unbelievable dancing. The energy! The movement! The fact that the ensemble is also singing while dancing like mad? Ah. May. Zing. I can't even call out a few favorites (like Rush Benson, Wes Mouri and Kayla Jenerson) because the entire ensemble kicked butt, directed and choreographed beautifully by James Rocco.

5a) Direction by James Rocco. My more rational co-blogger demands I give James Rocco some love. To wit: "I think he pulled together a fabulous show, starting with the amazing cast and design team. The visuals were powerful, but not overwhelming, and he knew when to let the singers be the focus. The huge shifts in tone from exuberant joy to painful sorrow, which could have been jarring, all seemed to flow naturally. And I suspect from some of the moments he created that he’s been thinking about this show for a long time, and what he wanted it to look like and achieve. Good direction is often overlooked because it doesn’t draw attention to itself, but this show was masterfully directed." Done and done!

6) The Set. Scenic and lighting designer Paul Whitaker creates a simple but wonderfully dynamic set. Beautifully lit, and featuring some amazing feats of theater magic. Spoiler: the bit with the cross is really powerfully done.

7) The Audience. Again, I am a jaded theatergoer and heartily sick of--yet resigned to--the uncivil behavior of theater audiences. The audience when I saw this show, though? Fantastic. I didn't hear anyone chatting during the show (yay loud shows), I didn't see anyone texting or even checking the time on their phone, and very few people left and reentered the theater during the show. The audience was RAPT. Totally in, totally on board. Emotionally leaning forward in their seats (though not physically, cause if you do that, people behind you can't see. PSA over.)


8) Erm, the Actual Show? ALW (Andrew Lloyd Webber to you) frequently gets a bad rap--often from me. But this show made me remember that Jesus Christ Superstar was my first grown-up musical theater obsession. My best friend and I listened to her mother's record of the 1970 studio album over and over again until we could replicate every last bit of phrasing and intonation. I still love the show, and this production made me remember that love. This show ROCKS.


9) Children! Adorable children! Singing and being cute. In small doses!

10) Randy Schmeling. In case I didn't make the point strongly enough the first time around. Go see this fantastic actor and singer in this true star turn. I will be going again. You'll recognize me cause I'll look like this: 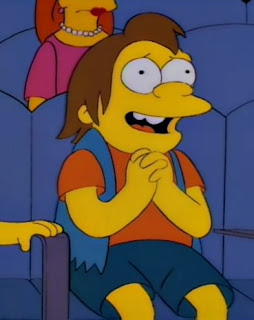 Jesus Christ Superstar. At the Ordway through July 30. Go. See. It. Love, your friends at Minnesota Theater Love.