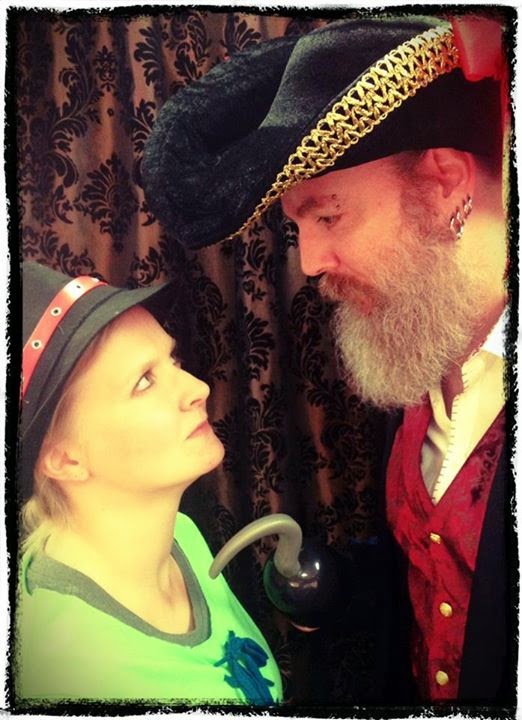 This is just going to be a quick post about Peter Pan Live, on NBC.  First and foremost, I have to write that I, personally, think it is a brilliant notion to get live theatre back on the main stations. Yes, we all know that PBS does some amazing live theatre. However I feel that NBC or another major network station is going to reach a larger audience, which hopefully will create the desire to see more live theatre.

That being written, I'm not certain about Peter Pan as a follow-up to Sound of Music. Sound of Music is so well known, where as Peter Pan (the original with Mary Martin) has a niche following I think. Perhaps I'm wrong but songs like "I'm Flying" just aren't part of the typical theater fan lexicon, let alone the non-theater person. Rumor has it that next year they are looking to do Music Man. I think by choosing a better known property, they would and will get a larger portion of the audience.

Now, what about the production itself?

It was fine. I didn't think it was earth shatteringly good, but it wasn't horrible either. The only names I knew going in were Kelli O'Hara, Christian Borle, and Christopher Walken. I thought all three of them were simply wonderful. Christian Borle as Mr. Darling, and as Smee was simply charming and a joy to watch. He had an energy that some of the other leading actors could have picked up on and used. Kelli O'Hara - well, she can do very little wrong in my book. She is stunning to look at, and a wonder to listen to. Christopher Walken - LOVE HIM!! As Hook, he was smarmy and odd with a hint of danger, but not scary. He played up the "Walken-ness" of the character, and I really think that NBC missed something in not having him play a cowbell during the Tarantella. Then again....that may just be me. In interviews, he stated that he wanted more dancing. Knowing his background in dance, and knowing how great he can be - I wish they would have given him a bit more movement as well. On the other hand, Hook is not really a dancing sort of Capt.

As many have stated - the Lost Boys were pretty much the cast of Newsies. So, you know they looked young, could sing, and could really dance. They were a joy to watch as were the Natives. They updated the tribe so they were not as 1950's stereotypes as they are in the Mary Martin production, OR in the movie (god forbid). They changed the lyrics to their big number which made it much more enjoyable to watch.

Wendy, Michael, and John were good. Wendy (Taylor Louderman) had a very nice singing voice, as did Allison Williams (Peter Pan). I don't think the music is very "Broadway" but the cast did very well with what they had. There was some technical magic with Pan's shadow, along with Tinker Bell which was enjoyable.

Yes - there are some downsides but I'm sure you'll be able to find those out easily enough without reading them here. I thought it was a fine production, and I'm sure I will watch it again when it comes out on DVD. And considering I'm not a fan of the lead character to start with...that is saying something!