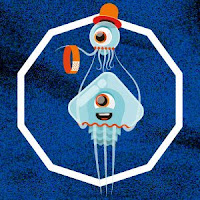 The most reassuring thing that our friend Cherry and Spoon recently told me is that out of the 169 shows in the 2016 Minnesota Fringe, one person can only see 56 at most. I found this comforting.

The Fringe has made some exciting changes to ticketing practices this year. In short, here's the scoop:

Day Pass Wristbands: Your wristband serves as your pass to any show in the festival on a given day. Wristbands are $16 on weekdays; $22 on weekends.

Reserving Tickets: Reservations may be bought in advance through the Fringe website. Your reservation guarantees you a seat for the show. You must also be wearing a day pass wristband to get in.

Having scanned all 169 (168?) shows in the festival, a few shows have stood out as can't-miss shows for me from the 36 I put in My Queue. BTW, I LOVE the My Queue feature on the Fringe website. I need one in real life. Don't forget to check out Fringe fanatic Cherry and Spoon's Must-Sees List as well!

On election night, controversial photos of a presidential candidate's son spread over the internet, potentially sparking an international incident. Smart and timely, from the ensemble behind 2014's ONE ARM.
Why I'm In: New Epic Theater produced two of the best plays I've seen this year (The Normal Heart and Coriolanus). Also, Grant Sorenson.

Know Your B-Movie Actors
By The Miller Conspiracy
Written by Derek Lee Miller
Playing at HUGE Theater
Derek Lee Miller (with the help of his personal bartender) brings you the weird lives of the working stiffs of Hollywood. They weren't famous, but they were there. A different collection of bios every night!

Why I'm In: Cause I am FASCINATED by the lives of non-star working actors. (Also background/extras, but that's a different story.) Also, amazing cast including a ton of Transatlantic Love Affair company members. And a different story every night? Way to aim for the---oh, shoot. What's that sport analogy? Win one for the Gipper? Anyhoo, way to raise the bar, Miller.

H.P. Lovecraft's The Rats in the Walls
By Ghoulish Delights
Directed by Tim Uren
Playing at Mill City Museum

The last heir to a cursed lineage returns to his ancestral home and discovers horrors hidden within. This critically acclaimed show returns to mark the tenth anniversary of its premiere to sold out houses.
Why I'm In: a) I love spooky. b) I also love site-specific, and what better place for a spooky show than the Mill City Museum.


Ball: A Musical Tribute To My Lost Testicle
By The Catalysts
Created by Max Wojtanowicz

Max Wojtanowicz was diagnosed with stage 3 testicular cancer in January 2016. A friend told him to "conquer it, and then sing about it." A one-man comedy about the moment when life throws you a curve... ball.
Why I'm In: Because Max Wojtanowicz is funny, charming and talented. Need I say more?

Why I'm In:  Cause it's "an original Bollywood dance dramedy exploring themes of immigration, integration, and identity" and it's by Bollywood Dance Scene, of last year's highly acclaimed Spicy Masala Chai. Also, Bollywood!

Join the cast and creative talent behind Beulah Community Theatre's gritty production of Take for an explosive post-performance discussion, featuring a special appearance by Take playwright A. Thomas Klein.
Why I'm In: 1) Because it sounds deliciously inside baseball, but for theater nerds. 2) Because I have strong opinions on talkbacks. 3) Because I just saw some of the fab cast in DalekoArts Urinetown (which I LOVED.)

The 2 Sugars, Room for Cream team bring new "scenes from life, stuff we think is funny" about wine. When there's wine there's celebration, joy, regret and sometimes questionable text messages. But mostly joy.
Why I'm In: Because after the Twin Cities Theater Bloggers moderated a post-show discussion for Park Square Theatre's Calendar Girls, I so belatedly discovered how freaking delightful and hilarious (off stage--I knew about the on stage part) Shanan Custer and Carolyn Pool are.

One of the hosts of the Moth Story Slam, Javier Morillo in this show tells stories of growing up on a US Army base in Puerto Rico. Note: Audience may be quizzed on its knowledge of Puerto Rico. You will fail.
Why I'm In: Because of the emotional rollercoaster of the above note. I was worried, then reassured. Also, this from Morillo's bio: "He also advises political campaigns, enjoying a reputation as a dogged strategist and a really sore loser." Hee hee.

In The Time of Spies
By Ferrari McSpeedy Theatrical Productions
Created by Joe Bozic and Mike Fotis
Playing at U of M Rarig Center Thrust
A crackerjack team of secret agents saves the world again and again because the world is always in need of saving. More American than The Americans, less bridge-heavy than Bridge of Spies.

Why I'm In: Fotis. Also, the cast list has funny character names.

When the aging glitterati of Palm Desert descend on The Nest, a legendary hot spot, for Cougar-oke night, you could cut the comedic tension with a plastic surgeon's knife. All improvised, including karaoke!

Why I'm In: They had me at "aging glitterati." Also, the cast, which includes Dane Stauffer, Shanan Custer and James Detmar.

Twice
By Its Time Productions
Written by Chris Andersen & Lee Lawing
Playing at The Playwrights' Center
Three stories told TWICE. Sex. Church. Death. REPEAT. Six one-act plays by two playwrights. Two versions of each scene remind us we are seldom original, never alone and things are rarely what we think.

The Real World Fringe Festival
By Trusty Paper Ship
Written by Annie Scott Riley
Playing at Mixed Blood Theatre
Find out what happens when people stop being polite in this absurdist reality TV satire from the writer of "I Make No Promises, But Someone's Probably Going to Die." There's a hot tub.

Why I'm In: PURELY for David Beukema's biography, which I urge you to GO READ RIGHT NOW. Dear Mr. Beukema, your ideas are intriguing to me and I would like to subscribe to your newsletter.

The Chair-Builders
By Catalog Models
Created by Gemma Irish and Mark Sweeney
Playing at Phoenix Theater
Preparations for a dinner party transform into an epic journey when a couple struggles to assemble Swedish furniture. A play about casting spells, forging paths, and pushing through fear.
Why I'm In: It's listed as New Music/Opera, which intrigues me. Also, love the company name.

When Madeline becomes a flight attendant for local Snow Country Airlines, she encounters some turbulence. Between tough passengers and icy coworkers, the contents of her overhead compartment get shifted.

Why I'm In: The plethora of exclamation points in the cast and crew list. Also, Shanan Custer and Eric Webster.

SmashHammer: The Heavy Metal Musical Featuring the Heavy Metal Stylings of the Heavy Metal Band, SmashHammer
By SMASH HAMMER
Directed by Joe Johnson
Playing at Southern Theater
Will the Princess escape from the evil clutches of Secundus? Will Nicodemus reach his heroic potential? And does any of this really matter when the music of SmashHammer wails this epically and rocks this hard?
Why I'm In: It has NOTHING to do with that picture. At all. Nope. It's all about the hard rocking.

Mead Hall
By Tedious Brief Productions
Written by Greer, Tallen, and Watson-Jones
Playing at U of M Rarig Center Thrust
A one-man production of Beowulf and a wild adaptation of Road House find their Fringe venue double-booked. They come to realize that a 5th century monster-slayer has a lot in common with a Missouri bar bouncer.
Why I'm In: Did they say Road House? Best movie ever? I am IN. Also, literature.

Becoming Inga
By David Mann
Created by Colleen Kruse and David Mann
Playing at U of M Rarig Center Arena
Working in a sensual massage parlor as "Inga," Colleen must adapt to a hidden world she knows little about. Dark secrets and strange longings transpire. As Inga takes over, Colleen will never be the same.
Why I'm In: Because both Colleen Kruse and David Mann are fricking hee larry us.

Also On My Radar:

You Suck.
By Tinker-2-Evers-2-Chance
Written by George Campbell

So Bright the Night
By Hey Rube
Created by Marcus Anthony

My Uncanny Valley
By Olly's Room
Directed by Demetre Papageorgiou

Lewis/Clark
By Rhymes with Montana
Written by Tyler Mills

Break Your Heart
By One T Productions
Written by Scot Moore