The Last Five Years at Artistry 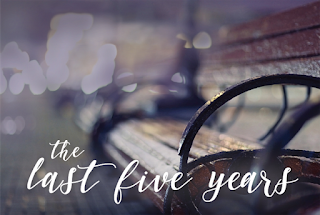 The Last Five Years seems like an odd fit for Artistry (now onstage through February 11), which presents a lot of large-scale musicals like The Music Man, Follies, and Joseph and the Amazing Technicolor Dreamcoat.

The Last Five Years tells the story of a relationship from beginning to end, with a twist. Cathy, an actress, starts at the end of their story and moves toward the beginning. Her husband, Jamie, starts the show at the beginning of the relationship and moves toward the end. As they sing, the two don't interact, except in the song "The Next Ten Minutes," when their timelines cross one another.

The show is a favorite among musical-theater fans, who appreciate Brown's wonderful music and clever lyrics. But this production falls short of honoring the material. Though Ryan London Levin and Aly Westberg O'Keefe have talent and charm as Jamie and Cathy, director Elena Giannetti doesn't trust the material to tell the story. The simplicity of the show is overshadowed by too much stage business, and the singing is overwrought, losing sight of the storytelling. Interestingly, the show was almost sold out before it opened, so it will be interesting to see how the Artistry subscription audiences take to this show.

Bonus for JRB fans: The song "Shiksa Goddess" was added to the show in New York, replacing "I Could Be In Love with Someone Like You," to make the character of Cathy less obviously based on JRB's ex-wife. Check out the original lyrics. https://genius.com/Jason-robert-brown-i-could-be-in-love-with-someone-like-you-lyrics
Posted by Carly