ALL the Theater Love - Can't Wait for These Winter 2018 Shows!

Friends, February 2018 is rich in amazing theater. Once you've recovered from that big sports game that is allegedly here sometime soon, go support one of our fantastic theaters! YEAH! Um, skol?

Here are a few of the over 31 (!) shows that are opening around February for which we are the most excited. Here's why you should put them on your list as well.

The Wiz - Children's Theatre Company and Penumbra Theatre Company
January 23 - March 18, 2018
What: Aka The Wiz: The Super Soul Musical "Wonderful Wizard of Oz", first performed on Broadway in 1975. You know, "ease on down, ease on down the ro-oad."
Why We're Excited: Oh, you know: Greta Oglesby, Dennis Spears, Aimee Bryant, T. Mychael Rambo, China Brickey, John Jamison, Gregory Parks, and both Paris and Jamecia Bennett. Also, we've heard Paris Bennett sing "Home" (at Musical Mondays at Lush) and it was STAGGERING and transcendent. 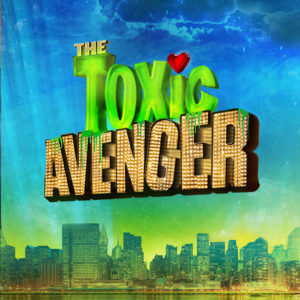 February 2 - 25, 2018
What: A musical based on Lloyd Kaufman's cult movie. Cause why not?
Why We're Excited: Because MMT has a history of doing a fantastic job with horror musicals (see Eating Raoul, Zombie Prom and the legendary Silence! The Musical) 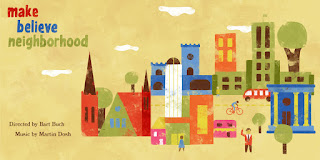 make believe neighborhood - In the Heart of the Beast
February 2 - 25, 2018
What: "Make Believe Neighborhood celebrates Mr. Rogers and the neighborhood helpers he told us to look for – the ordinary people who do extra-ordinary work to make our own South Minneapolis neighborhood a brighter, healthier, friendlier place. Join us as we explore Fred Rogers' amazing life as an advocate for children, an artist, a friend, a peace activist, and everyday person. At the same time, we’ll shine a spotlight on some of the neighbors who have made our community what it is today."
Why We're Excited: Because AW. Also, Mr. Rogers was about the best human ever. Also, adoring the art by Tim Cronin-Hnilicka. 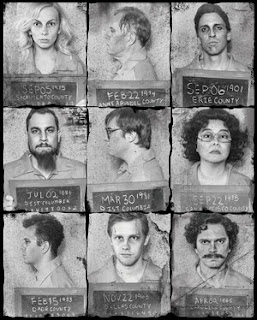 Assassins - Theater Latte Da (Ritz Theater)
February 7 – March 18, 2018
What: Sondheim's rarely produced and controversial musical that explores the stories of Presidential assassins through history.
Why We're Excited: Because I freaking love this show and the cast is amazing. Also, check out their pre-show game: "We invite you to arrive early to Assassins and enter into an immersive experience with an hour-long pre-show carnival on stage. Once you’ve arrived, you can interact with the cast, enjoy food and drink, play vintage carnival games, and win prizes."

Roll of Thunder, Hear My Cry - Steppingstone Theatre
February 7 - March 3, 2018
What: "Based on the Newbery-Award winning novel by Mildred D. Taylor, Roll of Thunder, Hear my Cry tells the story of a young girl growing up in 1933 Mississippi, and discovering that the world was not what she expected."
Why We're Excited: This production of this incredibly important story is directed by Kory LaQuess Pullam, one of our favorite local theater artists. It's also Steppingstone's 30th anniversary season--yay! Also, check out the amazing and thoughtful study guide to the play.

Why We're Excited: Cause it stars the amazing Tovah Feldshuh. Need anything else? Just check out her rendition of the ultimate Jewish mother song from Crazy Ex-Girlfriend.

A Crack in the Sky - History Theatre
February 10 - March 4, 2018
What: "A young shepherd boy stands in front of his mother to tell her of the decision he has made in the night. He has had enough of the nomadic life, of herding goats and sheep, and is leaving to seek out a better life. With that, he sets off on an adventure that takes him on the road less traveled from Somalia to Minnesota."
Why We're Excited: Written by Harrison David Rivers and Ahmed Ismail Yusuf, and directed by Faye Price, this tells Yusuf's true story of his immigration to Minnesota and is sure to be a fascinating story, which needs to be told and shared.

21 Extremely Bad Breakups - Walking Shadow (Red Eye Theater)
February 16 - March 3, 2018
What: "Imagine the worst breakup ever. No: even worse than that. Revel in the absurd fears, tender hopes, and unrealized fantasies that make us act like idiots. This charming new show about love and its many catastrophes is probably appropriate for a date. Or not. It depends on the date."
Why We're Excited: Did you read that description? SO IN. Also, because it's almost Valentine's Day and we need SOMETHING to counteract the schmaltz and saccharine, syrupy sweetness of the holiday.

What: "When the Donnellys gather for a weekend in the country to hash out belongings from their recently sold estate, an emotional storm breaks inside while a literal storm brews outside. As this family of famous, longing-to-be-famous, and kind-of-a-mess-but-totally-Caucasian characters come together with their personal assistant, some really complicated and totally unique secrets are revealed (over white wine)."
Why We're Excited: We love Mu, we love Mixed Blood and it's a world premiere new play. See also amazing cast: Sun Mee Chomet, Meghan Kreidler, Eric Sharp, Sherwin Resurreccion, Kathryn Fumie.

Middletown - Daleko Arts
Feb 23 - March 11, 2018
What: "Mary Swanson just moved to Middletown, eager to start a family and enjoy the neighborly bonds a small town promises. But when Mary befriends resident John Dodge, she is quick to discover that below Middletown's flinchingly honest exterior lies something much more complex. Middletown is a wry, human portrait of a town with two lives, one ordinary and visible, the other epic and mysterious."
Why We're Excited: This play by Will Eno has an intriguing premise. Also, you can see this small-town drama--in an actual small town!

ALSO, a few cool other theater goings-on you should catch:

The Coldharts Present The Unrepentant Necrophile - Strike Theater
February 1 - 3, 2018
Why: "A mortician falls in love with a man as she prepares his corpse for burial. She has three days until the funeral... but three days isn't enough." The Coldharts (frequent contributors to Twin Cities Horror Fest) are amazing.

Playwright Cabal's New Play Reading series - The White Page Gallery
January 31 - The Hired Man by Heather Meyer
February 28 - Cat Called Figment by Rachel Teagle
March 28 - All of the Everything by Alayna Jacqueline
Why: Because "The Cabal is an ambitious group of female-identified professional playwrights who promote the development of new scripted plays in the Twin Cities and one another’s success." Yay!

Why: "A multimedia series of informational talks, and simultaneously comedy routines, on the grand and wondrous subject of monsters." Aka, monsters AND funny.

The Minnesota Drinking Game - Phoenix Theater
Monthly - at Phoenix Theater
Why: "Bring a friend, get a drink, and enjoy your favorite films performed by Twin Cities talent." Crazy fun.

Thank you, that is all.
Posted by Carly