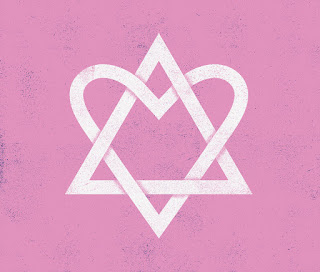 Indecent plays through March 24 on the Wurtele Thrust Stage at the Guthrie Theater. Recently on Broadway and written by Paula Vogel, here's the story from the Big G's website:


Inspired by the 1923 Broadway debut of Sholem Asch’s The God of Vengeance – a play that follows a Jewish brothel owner and the lesbian romance between his daughter and a prostitute – Indecent charts the journey of a drama upheld as a groundbreaking piece of Jewish literature by some, and an act of obscenity by others. An ensemble of seven actors and three musicians portrays more than 40 roles to shed light on one of the most fascinating scandals in theater history.

Indecent tells a really interesting story and the production has some really lovely elements. I wish I liked the play more. Running one hour and fifty minutes, it's one of the few times I wished a play was longer. Despite some great performances from Ben Cherry and Gisela Chipe, as well as a bunch of Guthrie regulars, and a lovely musical accompaniment by Spencer Chandler, Lisa Gutkin and Pat O'Keefe, the play ultimately left me cold.

The play covers a large span of history and many countries but could have used a bit more depth in its character development, particularly in the character of Sholem Asch. Also, the play whips back and forth in time incredibly quickly, which is fine and clearly denoted, but the "break in time" vignettes are a bit puzzling.

Indecent got rave reviews on Broadway--although Jesse Green at Vulture had a few issues with the play that I completely agree with--and from our fellow theater bloggers. Check out their reviews on the Twin Cities Theater Bloggers blog!
Posted by Carly