Chicago - A Carousel for the Ages 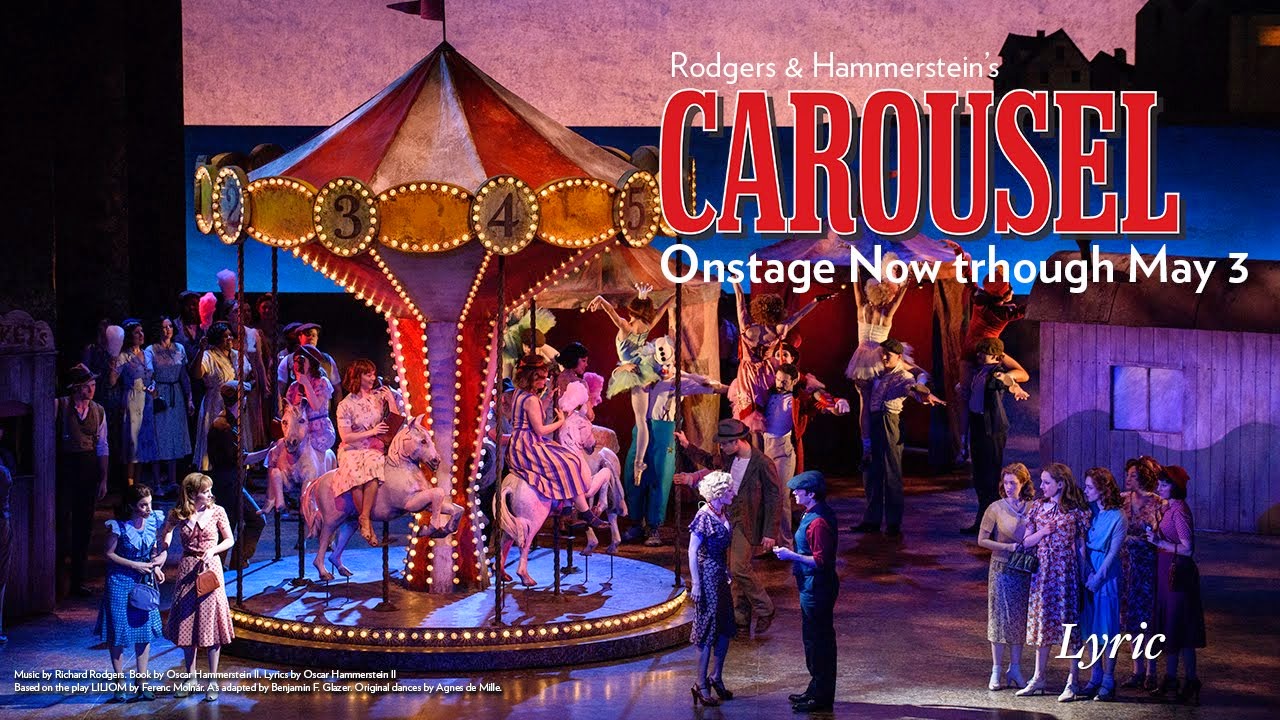 A whirlwind weekend trip to Chicago yielded an embarrassment of theatrical riches. Four shows in two days! But the reason for our trip? Carousel at the Lyric Opera of Chicago. And it was everything we'd hoped it would be.

Ever since hearing the first casting news, we wanted to see this show. Having seen Steven Pasquale in A Man of No Importance back in 2002, and hearing him sing The Bridges of Madison County, he seemed perfect casting for Billy Bigelow. And our hometown girl, Laura Osnes, seemed ideal as Julie Jordan. And the more actors were announced, the better it sounded. Opera star Denyce Graves as Cousin Nettie, Jenn Gambatese as Carrie Pipperidge, Charlotte D'Amboise as Mrs. Mullin, Tony Roberts as The Starkeeper, Jarrod Emick as Jigger Craigin. Amazing!

The Civic Opera House, where the Chicago Lyric Opera performs, is a huge house, seating over 3,500. We found a deal and splurged a bit on front-row seats, but a friend of ours sitting further back on the main floor enjoyed her seat just as much. Fittingly, this is a big production. The chorus is huge, filled with talented singers and dancers. The play has been re-set from the early part of the century to the Depression-era 1930s, which works well, especially since Mullin's Carousel has been expanded to a traveling fair. The set, designed by Paulo Ventura, fills the vast space, and allows director and choreographer Rob Marshall to create some gorgeous stage pictures. 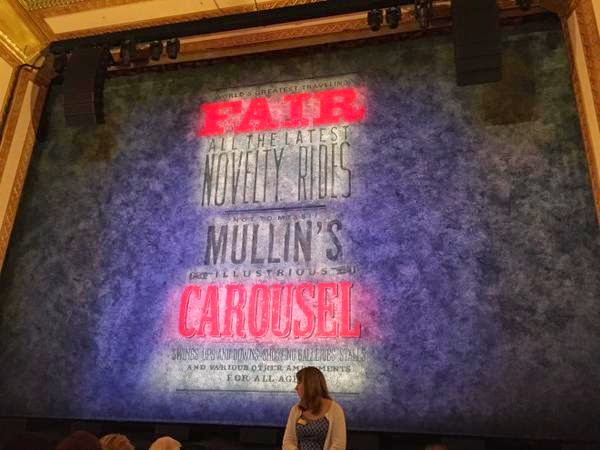 It's been a long time since I've seen a professional production of the show, and I loved the way the show started. After The Carousel Waltz started playing, the lights came up behind the scrim to show us Billy and then Mrs. Mullins emerging from her trailer en deshabille. Soon, the traveling show is setting up around them, with clowns, a stilt walker, dancing girls, and the carousel. This allows us to see Billy in his element, charming the girls who line up to see him at the carousel, and we see his interaction with Julie before we even hear a word. It was very effective!

This is one of the most beautiful musical theater scores ever written, and it's certainly done justice by the 37-piece(!) orchestra as well as the singers. Pasquale is a properly tortured Billy, and he really made me understand how conflicted he is within himself and why Julie stands by him. And Laura Osnes shows not only the incredible sweetness of the Julie we first meet at the carousel, but the steely determination beneath that, which allows her to take the chance to be with Billy and to keep believing in him.

Jenn Gambatese was a sweet and funny Carrie, and far less silly than others I've seen in the role, which easily tips over into caricature. Matthew Hydzik was a wonderful Mr. Snow, with all of his high-mindedness and ambition but also a weakness for Carrie that lasts into their married life. Denyce Graves was a bit formal as Cousin Nettie, as many opera singers are when they tackle musical theater, but then she would sing. Her big numbers, "June is Bustin' Out All Over" and "You'll Never Walk Alone" sounded amazing in her wonderful opera voice.

Jarrod Emick is a bit of a puzzle as Jigger Craigin. I found his giant bushy beard and cuffed jeans quite distracting. He resembled an old prospector who wandered into coastal Maine. But he was convincing at luring Billy away from the straight and narrow, and an effective roadblock for Carrie and Mr. Snow, and that's what he needs to be. Tony Roberts was fine as the Starkeeper, but there's not much to the role. (I never really saw the point of the song "The Highest Judge of All" before this production.) Charlotte D'Amboise was a slinky, desperate Mrs. Mullins, and got to show off her dancing. The ballet was performed beautifully by Abigail Simon, with able assistance from Martin Harvey as a carnival worker who looked a little too familiar to Billy.

And of course, the last thing to mention is the "Soliloquy." It's the Mount Everest of musical theater leading man songs, and Pasquale scales it beautifully. There's an odd choice to have an enormous set piece move onto the stage while he's singing, which does set up for a nice final picture at the end of the first act, but in spite of that, the song was riveting. This is a Carousel to remember. I know that I will.

But PLEASE Lyric Opera, find a way to record it! I know it couldn't come to Broadway in its current form with this huge cast and 37 musicians, so I hope they are able to give us some lasting memory of it.


Until then, I'll watch and rewatch this clip of Osnes and Pasquale performing the bench scene ("If I Loved You") in a rehearsal studio. (Yes, it's a rock wall in this production, but it's always called the bench scene. It just is.)
Posted by Jules