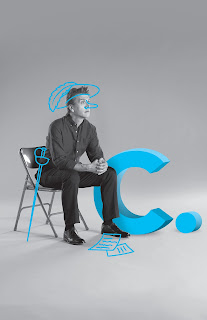 If you need me this spring, I'll be at the theater.

As much as I'd like to be out gardening (not really), enjoying the sun (in theory), or taking a long run (stop laughing), I shall be inside a dark theater enjoying the best from our local purveyors of quality theater.

So here's a look at the shows I'm most excited for this spring!

C. at Theater Latte Da (The Ritz Theater)
March 30 - April 24
What: A musical adaptation of Cyrano de Bergerac with book and lyrics by Bradley Greenwald and music by Robert Elhai.
Why I'm Excited: Because it is an absolutely, utterly, gorgeous production of a wonderful new show. The music, in particularly the male chorus numbers, is astonishingly beautiful. Read more about from our friend Cherry and Spoon's rave review.

What: One-man show about a Alex More, an unemployed actor who takes a job running the mall in Barbra Streisand's basement, originally performed off-Broadway in 2013. 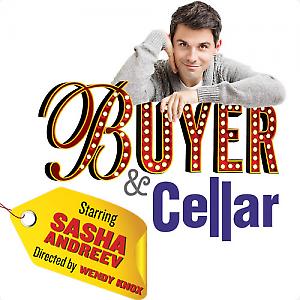 Why I'm Stoked: Saw it in New York and the show is completely hilarious. We saw it with Michael Urie, and I can't think of a better local actor than Sasha Andreev to take on the sweet and funny role of Alex More.

The Fantasticks at Nautilus Music-Theatre
April 8 - April 19
What: Classic musical by Tom Jones about two young lovers and the fathers that try to separate them.
Why I'm There: a) That cast! Gary Briggle and Wendy Lehr as the young lovers, Christina Baldwin and Jennifer Baldwin Peden as their fathers, William Gilness as the mysterious narrator, and Brian Sostek as his sidekick. And b) There's no better place in town to hear amazing performers in charming, inventive productions AND unmiked in an intimate space.

Sunset Baby at Penumbra Theatre
April 12 - May 8
What: "A tough, independent woman in Brooklyn is visited by her father, a former revolutionary in the Black liberation movement who seeks to mend their broken relationship." (From Timeline Theatre)
Why It's a Must-See: Last year, Penumbra produced Detroit '67 by Dominique Morrisseau, and it was a beautiful, riveting night of theater. Also, Penumbra is hitting them out of the park this season. 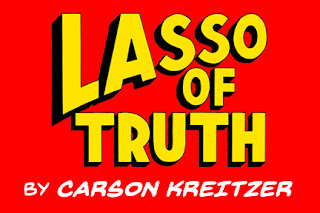 Lasso of Truth at Workhaus Collective in association with Walking Shadow Theatre Company(The Playwright's Center)
April 15 - May 1
What: A play that explores the origins of Wonder Woman, written by Carson Kreitzer.
Why I Am Excited (But a Little Sad): 1) Stephen Yoakam. 2) Projections by Davey Steinman (of Basement Creatures.) 3) It's Workhaus Collective's final show.

Charm at Mixed Blood Theatre
April 22 – May 8, 2016
What: "A beguiling comic drama revolving around Mama Darleena, an African American trans woman in her 60s teaching an etiquette class to trans youth experiencing homelessness in a LGBTQI Chicago community center." (Mixed Blood website)
Why I'm Down: They had me at "beguiling." And I adore all things etiquette. Plus, important social issues and all that. 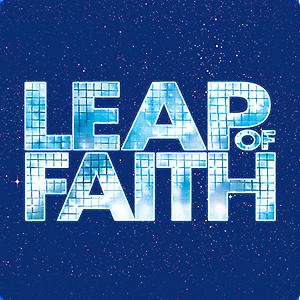 The Shining at Minnesota Opera
May 7 - 15
What: It's all there in the title. World Premiere, no less.
Why I'll Be In the Front Row: I love Stephen King AND opera! It's as though they made it just for me! Thanks, Minnesota Opera!

Trouble in Mind at Guthrie Theater
May 7 - June 5
What: "It is 1957 in New York and rehearsals have begun for a racially integrated production, one the company hopes will be the next hit. But when prejudices and stereotypes emerge, African American actress Wiletta Mayer faces a difficult decision: should she swallow her pride and compromise her values to achieve her lifelong dream of playing a leading role on Broadway?" (Guthrie website)
Why I Won't Miss This One: New play, by Alice Childress. (Can we talk about all the women playwrights on this list? And the women playwrights of color? HURRAH!) Fascinating story. Support representation at the Big G! And the lovely Mr. Haj.

A Night in Olympus at Illusion Theater
May 7 - June 4
What: I read the description and I really don't have any idea. Mythology? Zombies? Geeks? Wish fulfillment?
Why I'm Underlining This One: Really just a big list of names: Jeffrey Hatcher, Bill Corbett, Chan Poling, Dieter Bierbrauer, Aimee K. Bryant, Norah Long, Randy Schmeling and oh, so many more. 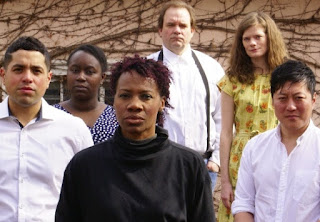 The Changelings at Ten Thousand Things
May 13 - June 5
What: Play by Kira Obolensky. They could put on a dramatic reading of the phone book, and I'd be there in the front row.
Why I Won't Miss It: See above. And because I don't miss a TTT production. Ever. Also, yay Joy Dolo! One of my new favorite local actors!

Happy Spring Theatergoing! And don't worry, Spring will be a little late this year.