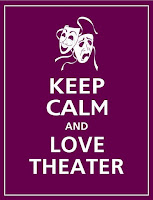 
Show: Remembering Pins and Needles - Theatre Elision (at Howard Conn Fine Arts Center)
When: September 6 - 16, 2018
About: Pins and Needles was a Broadway phenomenon and the longest-running show of its time with over 1,100 performances. It is the only hit musical ever produced by a labor union and performed by union members who were unknown non-professionals. Four singers and a jazz ensemble share the history of this production, with original songs and skits. This 80-minute, one-act "docu-musical" is performed with no intermission.
Why We're Excited: Our friend Cherry and Spoon raves about their work, which is consistently intimate, unique and compelling. 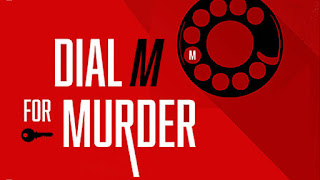 Show: Dial M for Murder - Gremlin Theatre
When: September 7 - 30, 2018
About: Ex-tennis pro Tony Wendice has come up with the perfect plan for murder. He married his wife, Margot, for her money and now he plans to kill her for it. Through blackmail, deception and clever timing, he has arranged a brutal death for her and a brilliant alibi for himself. But will it work? After all, the difference between hatching a plan and putting it into effect is that something is bound to go wrong….
Why We're Excited: Sometimes you just want to see a classic thriller. Plus, we love their new space so conveniently located in St. Paul and next to Lake Monster Brewing.

Show: Once - Theater Latte Da
When: September 12 - October 21, 2018
About: On the streets of Dublin, an Irish songwriter and a Czech immigrant are drawn together by their shared love of music. Over the course of one fateful week, their unexpected friendship and collaboration quickly evolves into a powerful but complicated love story, propelled by emotionally charged music.
Why We're Excited: Loved the movie and loved the show on Broadway. Super interested to see what Theater Latte Da does with the show. Also, how cute are Ben Bakken and Britta Ollman?

Show: The Hollow - Trademark Theater at Hook & Ladder
When: Thursday, September 13, 2018
About: Inspired by Washington Irving’s THE LEGEND OF SLEEPY HOLLOW, this concept album offers up fragments of haunting imagery, eerie melodies, and stirring vocals. It is the second phase of a three part project which will culminate in a brand new performance experience that blends live music, theater, and movement.
Why We're Excited: Trademark is a talented young theater company, and The Legend of Sleepy Hollow is one of our favorite spooky tales. Though I'm preparing myself not to hear "Ichabod, what a name! Kind of odd, but nice just the same!" from the Disney cartoon.


Show: Sometimes There's Wine - Park Square Theater Andy Boss Stage
When: September 14 - October 14, 2018
About: The 2 Sugars, Room for Cream team continue their comedic conversations about life, during that “little sliver of time in a woman’s life when you can either get pregnant or break a hip.” When there’s wine, the stories flow – from celebration and joy to nostalgia and regret (and sometimes questionable text messages). Laugh along as you bond over life’s funny circumstances.
Why We're Excited: Two hilarious women talking about life. With wine.

Show: West of Central - Pillsbury House Theatre
When: September 14 - October 14, 2018
About: The year is 1966 and the remnants of the Watts Riots are still smoldering against the backdrop of South Central Los Angeles. When a mysterious woman stumbles into the office of private eye Thelma Higgins (Austene Van) looking to warn her husband (Harry Waters Jr) that his life might be in danger, she soon discovers that the man she’s been married to for ten years is not who he claims to be. As her investigation leads her on a tangled trail of deceit, corruption, and treacherous backroom deals, she and her husband must learn to trust one another again to find out who’s trying to kill him and why.
Why We're Excited: Love the work of local playwright Christina Ham and looking forward to seeing a full production after seeing The Playwrights' Center reading. 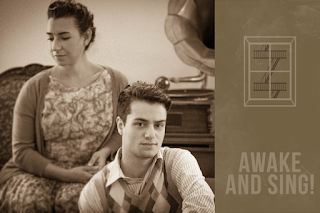 Show: Awake and Sing! -  Artistry
When: September 15 - October 7, 2018
About: In this classic drama by Clifford Odets, idealistic family patriarch Jacob wrestles with the staunch realism of his daughter, Bessie, whose economic anxiety fills every corner of the tiny apartment three generations share. But even the Great Depression can’t shake the youngest members of the Berger family, who are certain that a better tomorrow is just beyond the horizon.
Why We're Excited: Another amazing cast and a classic of American drama that is seldom performed. 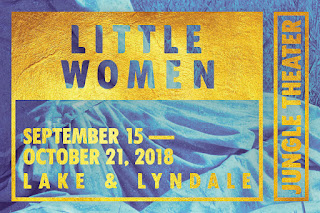 Show: Little Women - Jungle Theater
When: September 15 - October 21, 2018
About: In the midst of the Civil War, the four March sisters are set on a journey from adolescence to adulthood: a classic tale saturated with a contemporary air. The Jungle commissioned Kate Hamill, a playwright who’s been praised by The New York Times as “ingenious, saucy, & spunky,” to adapt this beloved and timely classic work. Little Women will surprise, excite, and empower you.
Why We're Excited: Because the Jungle has been doing great work with a strong feminist focus and the cast is amazing.

Show: Is God Is - Mixed Blood Theatre
When: September 21 - October 14, 2018
About: African American twin sisters journey from the Dirty South to California in blood-soaked travels. It’s both a satire and an earnest exploration of what it means to claim justice and survive violence. Funny, triumphant, and surprising, Is God Is asks us to consider the roots, futility, and consequences of cyclical violence.
Why We're Excited: "IS GOD IS is an epic woman’s revenge play that takes its cues from the Spaghetti Western, hip hop, Afropunk, the ancient, modern, and the tragic." Also, it won all the Obies. 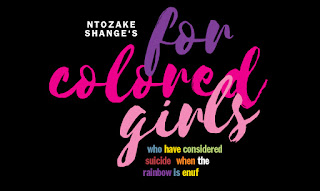 Show: for colored girls: who have considered suicide when the rainbow is enuf - Penumbra Theatre
When: September 21 - October 14, 2018
About: This 1974 classic which Ntozake Shange called a choreopoem, was conceived just two years before Penumbra Theatre was born. From its humble creation to critical acclaim on Broadway, the Obie Award-winning play has excited, inspired, and transformed audiences across the country. Shange’s fearless prose vividly paints intimate portraits of the pain and jubilation that women of color experience from girlhood throughout life.
Why We're Excited: Love Penumbra, and we've somehow missed this classic work the first few times around.

Show: The Agitators - Park Square Theatre
When: September 21 - October 28, 2018
About: Susan B. Anthony, a famed suffragette, and Frederick Douglass, a former slave who became a renowned civil rights leader, were friends and allies–and sometimes, adversaries. This is the story of their enduring and tempestuous 45-year friendship, from the Civil War through the changing of the Constitution. They agitated the nation, they agitated each other and today, they challenge and inspire us.
Why We're Excited: Two reasons: Emily Gunyou Halaas and Mikell Sapp. We're in.

Show: Spinster Stories Hosted by Heather Meyer - Strike Theater
When: September 23 and 30, 2018
About: Spinster. Cat Lady. Old Maid.A line-up of storytellers share their ruminations, celebrations and lamentations on life as a never been married person over 35.
Plus ones are welcome, because we know how it feels to go alone.
Why We're Excited: Cough. Oh, no reason. Also, Heather Meyer is crazy hilarious.

Show: Godspell - Daleko Arts
When: September 28 - October 14, 2018
About: A small group of people help Jesus Christ tell different parables by using a wide variety of games, storytelling techniques and a hefty dose of comic timing. An eclectic blend of songs, ranging in style from pop to vaudeville, is employed as the story of Jesus' life dances across the stage.
Why We're Excited: Love this show, and Daleko Arts have been knocking their musicals out of the park. Well worth the drive to New Prague.

Show: The Visit - Frank Theatre at the MN Transportation Museum
When: September 28 - October 21, 2018
About: Set in a small town that is in a deep economic depression, the townspeople await the visit of Claire Zachanassian, who was driven out of town as a young girl years ago because she was pregnant. Now the wealthiest person in the world who has just married her 8th husband, she returns to a town that desperately hopes her millions will save them. She, however, has a different agenda, returning with the mission to buy justice: she will offer the town her fortune in exchange for the life of the man who not only spurned her but rigged the public trial against her.
Why We're Excited: Incredibly compelling story (musicalized by Kander and Ebb and recently on Broadway), plus it's an intriguing site-specific production. 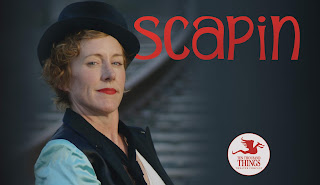 Show: Jon Hassler's Grand Opening - Theatre in the Round
When: October 12 - November 4, 2018
About: 12-year-old Brendan Foster begins the story in 1945, when his parents decide to leave Minneapolis and buy a run-down grocery store in rural Minnesota. There, his family comes to know the virtues – and the dark side – of living in a small town.
Why We're Excited: Grand Opening is a lovely (and autobiographical) novel by the late and beloved Jon Hassler. We're looking forward to see it on stage.

Show: The Haunting of Hill House - Theatre X at the James J. Hill House
When: October 12 - 27, 2018
About: The dark and foreboding Hill House has remained empty for many years due to its infamous reputation. A group of strangers, led by an investigator of paranormal phenomena, has gathered at the house to study its dark secrets. The evil they uncover will prove deadly.
Why We're Excited: Because The Haunting of Hill House is one of the best horror novels of all-time and creating a site-specific version at the James J. Hill House? PERFECT.

As usual, we're lucky to have an embarrassment of riches to choose from. Happy theatergoing, friends!
Posted by Carly