Is It Fall Already? I Hadn't Noticed. (September Theater Preview) 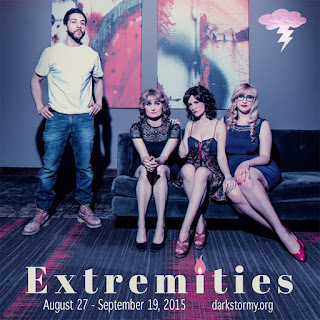 It's fall and you know what that means: Delightfully cooler weather AND more theater than you can shake a stick at.

Dig out those scarves and check out the shows I'm most looking forward in September.


In Short: A woman takes revenge on the man who invaded her home. Originally performed off-Broadway in 1982. And remember the movie with Farrah Fawcett from 1986?

Why I'm Down: I love a play performed in an unusual place, and Dark & Stormy's The Hothouse last year was riveting.

In Short: Based on the 2006 film of the same name, this is about Akeelah, who goes from the south side of Chicago to the National Spelling Bee.

In Short: "After twenty years apart, Emma tracks Ulysses to a trailer park in the middle of nowhere for a final reckoning. What unfolds is a visceral and profound meditation on love and loss with the simplest of theatrical elements: two people in one room. A breathtaking story about the longevity of love."*

Why I'm Down: Angela Timberman and Terry Hempleman. Also, I heard the set was amahzing.

In Short: "Elliot Ortiz is home from Iraq. Like his father and grandfather before him, the eager soldier is forced to unravel his experience as he nurses his injuries and considers returning to the frontlines. Elliot’s mother, a nurse in Vietnam, holds three generations of this family’s soldiers together; turning their city lot into a lush and healing tropical garden."*

Why I'm Down: Written by Quiara Alegría Hudes, who wrote the book for In the Heights. Stars Ricardo Vázquez, this is about three generations of a Puerto Rican family. Representation rocks.

In Short: "An all new, ensemble-created play based on the life and work of Antoine de Saint-Exupéry. The tale of The Little Pilot weaves between the fanciful and the factual, as Saint-Exupéry’s literary characters and real-life events blend together to create a visually stunning production featuring aerial silk acrobatics and original visual art projections."*

Why I'm Down:  I've wanted to know more about Saint-Exupery ever since I was a kid and thought it was pronounced Saint Ex-OOP-er-ay. Emphasis on the oop.  Also, it sounds cool.

In Short: "Alabama, 1932. Tice, a laid-off steelworker, swears by his bible as much as he does the words of Karl Marx. His widowed daughter who does the laundry of the rich white folk and collects the treasures that are left in their sheets—a ribbon here, a shoe there–lives with him in a cabin. In the middle of the night, a stranger—a white man suspected of murdering a foreman at the steel mill—knocks on their door with the intent of changing their worlds for good."*

Why I'm Down: That description intrigues me wildly. Also, Frank Theatre does unusual, engaging work.

In Short: "Shepard’s famous portrait of the American nightmare begins when Beth wakes up with a brain injury. Her husband Jake has beaten her so badly that she retreats to her family home in Montana. Jake crawls back to his mother and siblings in California. Two families begin to reassess and unravel. When the mind can take no more, it survives by breaking down and rewiring its pathways. But when the family dynamic deteriorates, it may take gunshots and fire to forge more reliable bonds."*

Why I'm Down: Theater Pro Rata is one of those theaters that I just want to see more of their work. I've missed too many. Also, Sam Shepard.  He used to live here, doncha know? Oh cripes.

In Short: "Allegra J Lingo's show wrestles with what it means to be ensconced in the journey to conceive a child when she herself will only be connected by the genealogy of happenstance. Sometimes, making a baby takes more than just the birds and the bees."*

Why I'm Down: Smallish show in the Dowling Studio, short run, female playwright, directed by Christopher Kehoe? I'm in.

In Short: "Everyone is a suspect in this hilarious miniature musical murder mystery filled with patter songs and comic ballads. One actor in this daring Vaudevillian duo investigates the crime. The other plays all the suspects. And they both play the piano."

Why I'm Down: Don't know either of the actors, which is kind of fun. I heart new musicals, yay!  And directed by Randy Reyes!

In Short: "From the playwright of Buzzer comes Prep, a powerful story that exposes the trauma faced by African-American high school students navigating today’s educational system."*

Why I'm Down: Racism and class in today's schools? Yes. I can always count on Pillsbury House to provide thought-provoking theater. Also, Ryan Colbert is quickly becoming one of my favorite young local actors to watch (after Will You Still Love Me, Tomorrow at Red Eye and Choir Boy at the Big G.) 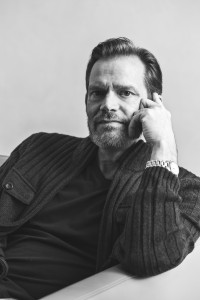 In Short: It's all there in the title, really. Also, Sondheim.

Why I'm Down: Look over to the right there. So interested to see what Mark Benninghofen does with the title role, as he is thoroughly awesome.

Why I'm Down: Love Sha Cage, love the subject, and sounds unique and fascinating!  That is all.

In Short: From their website: "A response to the 2011 Norway attacks, in which the lives of 77 people were claimed by a car bomb and a mass shooting at a summer camp, this internationally acclaimed production delves into faith, politics and reason. Featuring original music sung by a different choir at each performance."*

Why I'm Down: That last sentence. Also, intriguing premise. And it's a Guthrie Worldstage Touring Production, which tend to be the most interesting shows I see at the Guthrie.