How Do You Measure a Year (Without Theater). Also, Assassins.

Tonight I'm watching the original cast of Assassins reunite on YouTube and for the first time in nearly a year, I feel like writing about theater. 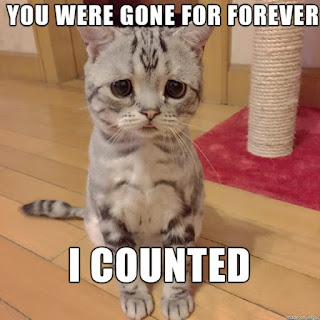 On January 26, 2020, we published our most recent post, declaring that we were on hiatus due to unforeseen circumstances.

In truth, it was four months after the death of our mother and we were caring for our dad as he recovered from a stroke. We had no energy for anything, much less theater.

It feels strangely prescient that we were on hiatus when the world--and the theater world--fell apart. It's nearly the anniversary of the last 'show' we saw in person: Louis Jenkins: A Remembrance and Celebration of His Life and Work at the Guthrie Theater on March 11. (Mark Rylance appeared, so we're counting it as theater.)

Despite our near absence from engaging in theater, we have nothing but admiration for the amazing and resilient theater artists who PIVOTED and created inventive virtual programming in these crazy times. Our admiration also goes to our friend Cherry and Spoon, who kept the theater love alive all year.

It's spring now, hope and vaccination is now in sight and I feel like we can finally look back at 2020. While perusing blog posts we never published, I found one that was to be titled 2020 - The Shows We've Already Lost.

In the midst of this coronavirus pandemic, there are a million heartbreaking stories unfolding every hour and the end is nowhere in sight.
However, for the purposes of this post on this day, I just want to focus on the immediate effect this is having on the theater community.
On March 12, Broadway shut down. Y'all, it SHUT DOWN.

"Facing a widening coronavirus pandemic and new limitations on large gatherings, the industry said it was suspending all plays and musicals for 32 days, effective immediately." (Broadway, Symbol of New York Resilience, Shuts Down Amid Virus Threat, New York Times)

Here in Minnesota, not only are we seeing performances canceled, we are also seeing future productions suspended, delayed, and outright canceled. This is a tribute to the beautiful work that we didn't get the chance to see.
And that was it. I have no idea what beautiful work we didn't see. I'm not quite up to revisiting the shows that closed or were never produced. The effects on the theater community are still unknown.
But HI. We're back. Theater is awesome. We missed you, theater. Let's never part ways again. 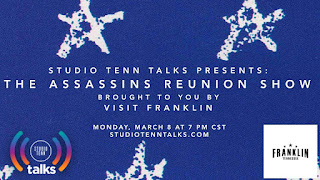 As for the Assassins Reunion, here's the details. Patrick Cassidy, the original Balladeer and now the Artistic Director of Studio Tenn Theatre Company, organized a reunion of the original cast and creative team of Stephen Sondheim and John Weidman’s Tony Award-winning musical, Assassins.
Available for free on YouTube, (but donations to Studio Tenn are most welcome), this reunion is beautifully moderated by Patrick Cassidy and features fascinating background, memories and backstories about the creation and performance of this amazing musical. Is "Something Just Broke" the theme song of January 6th? What did it feel like to be making theater history? Why did Debra Monk keep breaking up at the book depository? Add it in the musical performances and this reunion is necessary watching for musical theater and Sondheim fans.