Your Guide to Hamilton: Part One - What You Need To Know

I don't know if you HEARD, but a little show called Hamilton is coming to Minneapolis from August 29 through October 7 at the Orpheum Theatre. 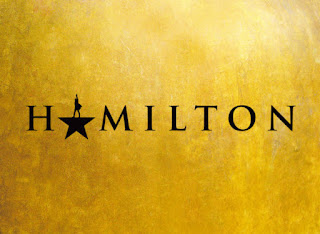 If you haven't seen it, prepare to be obsessed. It IS all that. If you have seen it, be prepared to be re-obsessed. There's a lot to know and a lot to love about Hamilton. So sit on my lap like I'm Santa and listen (tm Crazy Ex-Girlfriend) to our three-part series about Hamilton in Minneapolis. Check out Part Two: So Now You're Obsessed and Part Three: A Personal Note.

TICKETS:
If you're still looking for tickets, here's your go-to bookmark for the next few months:
Hamilton Ticketing Tips & Frequently Asked Questions

Now, friends: You might be tempted to buy tickets from a ticket broker. Don't do it. As Lin-Manuel Miranda himself explained in The New York Times in June 2016 in an editorial about legislation to stop ticket brokers from snatching up show tickets using bots:


"To use another metaphor from Guys and Dolls: Big Julie is using loaded dice, and you and I do not have a chance,” Miranda wrote. “Tickets are taken out of circulation, punishing people who can’t afford to pay more than face value. The extra money doesn’t provide a better concert or show experience for you, the fan. Instead, it goes straight to the broker’s bottom line.”

Listen to Lin. Don't do it. Not yet convinced? Hennepin Theatre Trust has in bold print on their website:


Please note that Ticketmaster and the Theatre Box Offices are the ONLY authorized source for HAMILTON tickets in Minneapolis. If you purchase tickets from any other source, we cannot guarantee the validity of the ticket and you risk being denied admission, refunds and/or exchanges if it is found to be fraudulent.

Just to recap: Ticket brokers are evil and ruining America.

IF  YOU'RE NEW TO HAMILTON:

MORE INFO AND NAMES TO KNOW:

Don't forget to check out our other Hamilton posts:
Part Two: So Now You're Obsessed
Part Three: A Personal Note

Happy Hamiltoning! Don't throw away your shot!
Posted by Carly