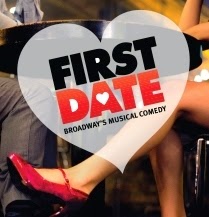 After The Herd at Steppenwolf, we dashed across the street to the Royal George Theatre for First Date. We lucked out  We had just about enough time to hit the bathroom, pick up a drink at the bar and make it to our (front row) seats before the show started.

First Date is one of those shows that we just couldn't make it to when it was in New York, despite an abiding love for Zachary Levi and Krysta Rodriguez. We were so excited to see that it was playing in Chicago, at the exceedingly convenient time of 5:00--perfect for squeezing in between a matinee and our evening show.

Taking place in the Royal George's intimate cabaret space, First Date is the story of a young man and woman on a blind date in a bar. Five other performers play a waiter, exes, besties, other daters, parents, you name it. The fast-moving book (by Austin Winsberg) covers many of the realities of dating in the modern age, along with the age-old issues of old relationships, family approval, and compatibility, not to mention the ways in which we try to represent ourselves to potential lovers. 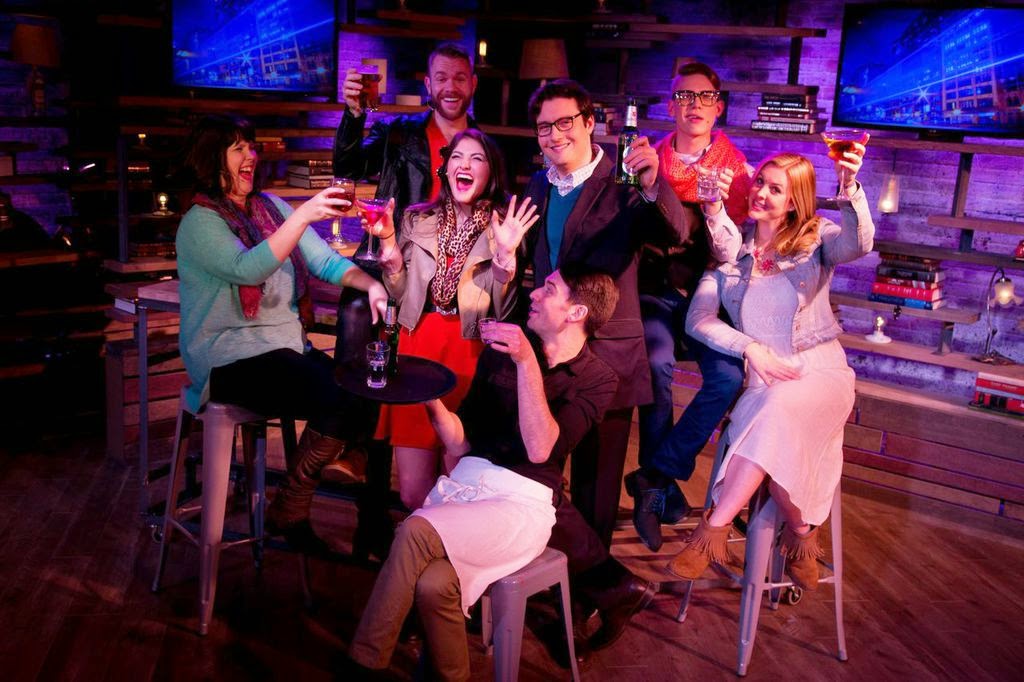 The songs, by Alan Zachary and Michael Weiner are fast and witty, and performed with verve by the cast and the band of five players. The laughs come fast and furious, but Charlie Lubeck and Dana Parker still make the daters seem like actual people. It was a very funny 90 minutes that shows that there is a great pool of talent in Chicago, as all of the performers were very strong and handled their multiple parts with grace.

I look forward to a Twin Cities production of the show. (Minneapolis Musical Theatre, are you listening?)
Posted by Carly