Stu for Silverton - Next: New Work at Theater Latte Da 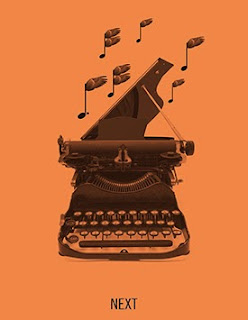 Theater Latte Da ends their season with the wonderful Next: New Musicals in the Making series. The company chooses three musicals in various stages of development from around the country and gives them full-cast readings over a weekend, asking audiences for their feedback. The creators are usually in attendance, and take these comments into consideration as they continue to work on the musical.

In recent years, I've enjoyed watching and commenting on these pieces. Unfortunately, this year I missed the first two musicals, Lullaby and The Last Queen of Canaan. This is the last weekend of the series, featuring Stu for Silverton. This show is based on the true story of Stu Rasmussen, America's first transgender mayor. Rasmussen's trip from tiny Silverton, Oregon into Portland and a screening of The Rocky Horror Picture Show start a transition for Stu that tests the limits of the town's tolerance.

This is a very tuneful, entertaining musical, with a story that shows truth is stranger, and funnier, than fiction. The wonderful cast includes Dieter Bierbrauer, Brandon Brooks, Julia Cook, Janet Hanson, Melissa Hart, Kim Kivens, Kevin Leines, Sherwin Resurreccion, Kersten Rodau, Ken Rosen, Andre Shoals, and Max Wojtanowicz. Whether playing townspeople, members of the transgender support group Stu meets in Portland, or angry protesters, everyone does a terrific job of bringing the characters to life from behind a music stand. Denise Prosek provides accompaniment on piano. 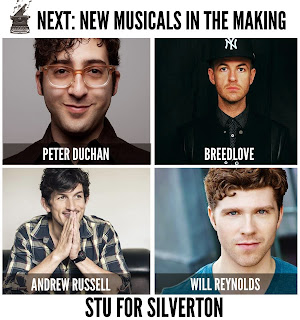 The best part of Next shows, though, are the post-play discussions.  (And you know we're fussy about post-show discussions!) The creative team, led by director Andrew Russell, asked and answered questions from the audience, and seemed to take the feedback to heart.

Book writer Peter Duchan, composer and lyricist Breedlove, and music arranger Will Reynolds all participated in the talkback. Many of the audience's questions were about the line between fact and fiction, though most of the more outrageous happenings were true to life. Stu Rasmussen is a fabulous character with an interesting story to tell.

Don't miss the chance to see this work in progress and get a deeper sense of the creative process. Stu for Silverton has two more performances: Friday, May 15 at 7:30 pm and Saturday, May 16 at 2:00 pm at the Ritz Theater. Tickets are only $12, so go ahead and take a chance on a new work of art!