September got away from us here at Minnesota Theater Love. Here's a super speedy look at what we saw and what we thought. 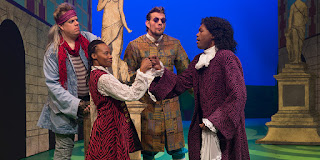 The River - Walking Shadow Theatre Company:
Jez Butterworth, a playwright I LOVE, and amazing performances from a cast of three, including Andrew Erskine Wheeler, completely unrecognizable from Walking Shadow/Mixed Blood's The Christians. This production was not afraid to lean into the quiet and the silences, and the audience was rapt.

The Two Kids That Blow Shit Up - Mu Performing Arts
I love Mu, and I adore both Sun Mee Chomet and Sherwin Resurreccion, but did not love this play by Carla Ching, nor the production. This show jumps around in time, but doesn't develop the characters fully enough for us to care about their journey. Also, it was performed at Rarig, and sightlines were awful. Still love ya, Mu. Still happy to be a season subscriber.

Sense & Sensibility - Guthrie Theater
Sneh. The relationship between the sisters was lacking, and the tricksy production didn't work fully. We had WAY more fun recasting the show with our favorite local actors.

And then we went to American Players Theatre in Spring Valley, WI for six shows in four glorious days. More on that later. 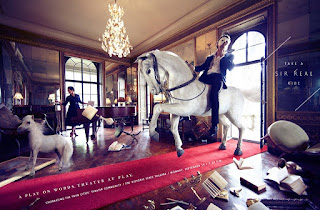 The very best things about the Ivey Awards are as follows: Seeing scenes from fabulous shows over the year that I loved or somehow missed, and the love in the room. It might be theater prom, but it's fun even for those of us who work on the school paper. But if I'm totes honest, I'm not sure what's happening with that publicity campaign.

Ragtime: The Musical - Theater Latte Da
I love Ragtime, I love Latte Da, and I now completely adore David Murray. I loved the tour, and Ragtime was the first show I saw at Ten Thousand Things Theater, and I remember it as if it was yesterday (Aimee K. Bryant as Sarah, T. Mychael Rambo as Coalhouse, and Jim Lichtscheidl as Younger Brother). As always, Latte Da does a lovely job and the music is beautiful. But this production feels a bit too stripped-down. The cast feels too small, especially with such iconic characters and the staging too spare (moving staircases for days). But more than anything, in this day and age, to see both of the African-American characters martyred (and so violently) and their child raised by a white family feels....wrong. So many reviews say that this is the show we need right now, but I can't help but wonder: Is it? More on this later. 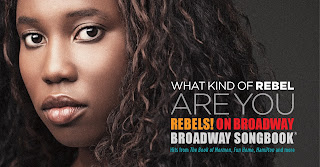 Broadway Songbook: Rebels on Broadway - Ordway
The Broadway Songbooks are wonderfully produced and sung, and clearly are a labor of love for James Rocco, who's done such a beautiful job in recent years with Ordway productions. This one, though, eh. Despite a wonderfully talented cast, the numbers were too staged, too choreographed, and too awkward. The best numbers were simply done: Telephone Wire from Fun Home (Hope Nordquist and Wes Mouri) and God I Hate Shakespeare from Something Rotten! (Wes Mouri and company). The wonderful cast also included Julius Collins and Brianna Graham.

The Children - Pillsbury House Theatre
This is one of those plays where if they had a second showing right after the first, I'd have stayed to see it again. Beautifully acted by a fantastic cast including Kurt Kwan, Michelle O'Neill, and Jim Lichtscheidl, The Children featured a fantastic script that mixes Medea with modern tragedy. Loved it. If only there were more days in the week, and more time to see amazing theater more than once!

Songs for a New World - Minneapolis Musical Theatre
Four talented performers, including the OUTFREAKINGSTANDING Brandon Jackson, performed Jason Robert Brown's song cycle at Bryant-Lake Bowl. Beautifully musically directed by Tony Sofie, it was a lovely evening of music performed by singers who could really put a song over. However, I do miss an actual program. Even a mimeographed sheet would be great (millennials: it's like a copy machine copy only smearier and smellier.)
Posted by Carly