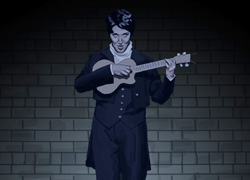 If You're Sensitive and/or Delicate: No worries. Unless you have a fear of ukeleles.

In Short: It's funny and grim and dark and charming.
Posted by Carly